Last night as we ate our New Year's Eve treat takeaway pizza, Jamie asked me what life-changing things I thought were going to happen in 2015. I gave him a look, glanced at the new windows which are stacked against the wall behind our dining table and suggested that finishing the house would be life-changing enough thank you. 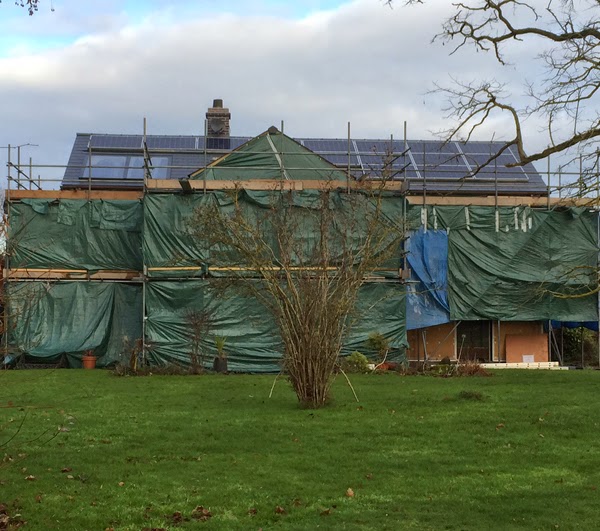 It's been a gloomy few weeks around here as the whole house is draped with layers of hessian and tarpaulins. This is to protect the exterior walls from the weather as we add the insulation and layers of render. It's not the ideal time of year, but for one reason and another, we had to have the work done now. I for one, will be very glad when the coverings come off and the scaffold comes down. This house, which was getting a bit old and tired will be renewed again and can open it's eyes.

So while it feels like the list of jobs to do is still incredibly long, a lot was achieved in 2014. We have tried to make the house as eco as possible and have fitted solar panels to generate electricity and heat our water. We're trying not to get obsessed with checking the meter to see how much power we've generated! The new windows will be much more thermally efficient and the insulation is already doing it's thing and keeping us toasty.

Progress is more obvious on the pavilion. It was at the point of falling down before Jamie took it apart piece by piece, remade the base and put it all back together again. 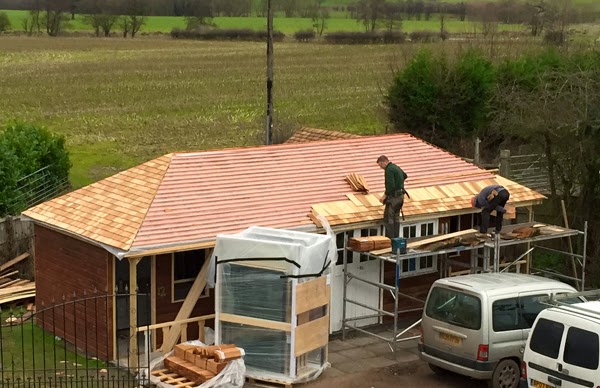 We've managed to salvage lots of the existing structure and re-roofed it with shingles mostly saved from the house roof which was very satisfying. It's just waiting now for a lick of paint and from the outside it'll all look done. 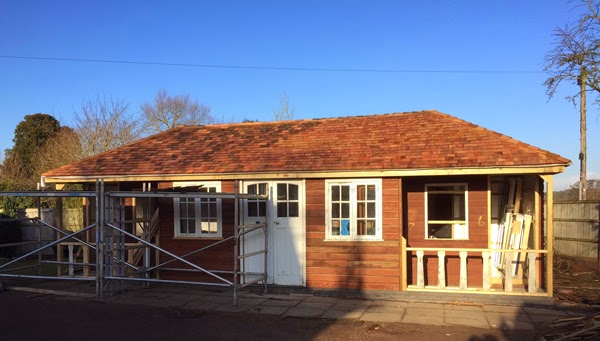 Inside of course is a different story, but it's insulated and plaster boarded, it'll be plastered next week (fingers crossed) and I'll soon be able to crack open a big tub of white emulsion. It's such a cute little building from outside, inside, the space is light and airy and I know is going to be so pleasant to work in. I'll be holding workshops here from March onwards and I hope you'll want to join me. Lots to do between now and then, bring it on!

thanks for visiting,
Laura
x