In my sketchbook this week I've been experimenting with some tonal tracings. These are very quick to do and will hopefully help with getting a grasp of where chunks of tone are before embarking on some painting. The idea is that as you trace, you don't draw the outlines or detail, but instead contour the areas that are the same tonal value. I guess it's like a topographical map! 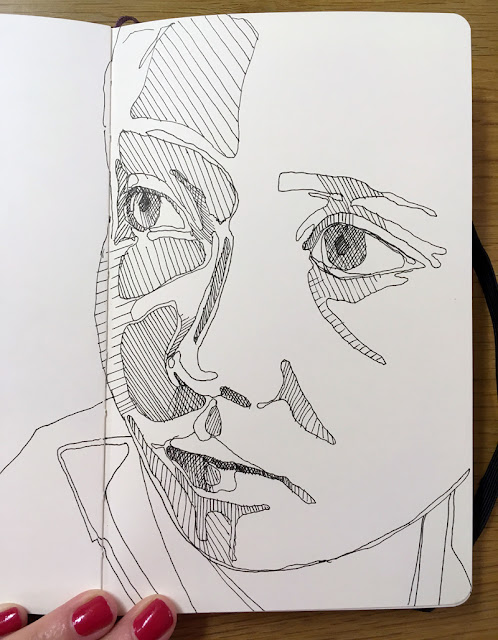 The result is island shapes which I've then filled in with hatching to determine the value. I traced both of these direct from my iPad screen which basically is a lightbox after all! If you do the same, just draw lightly so as not to risk damaging your iPad! These are drawn with a fine black pen into the Moleskine book. The one below is the stuff of nightmares. I definitely think the method has worked better with the larger scale face. 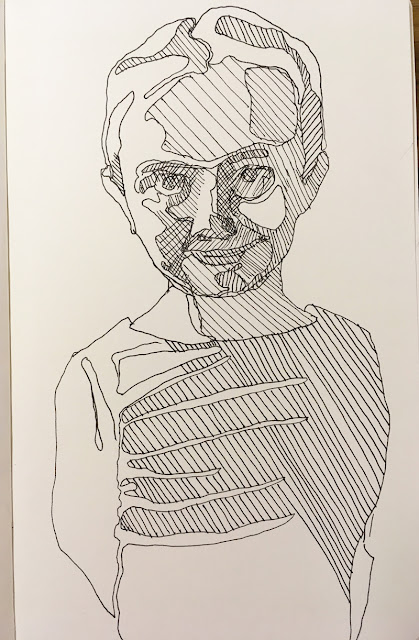 I also did this sketch for an idea that I'm thinking about. This is a detail of the page. I really fancy doing some double portraits which, seeing as I've not completed a single portrait painting in this series as yet, might be a bit ambitious, but more on this another time. 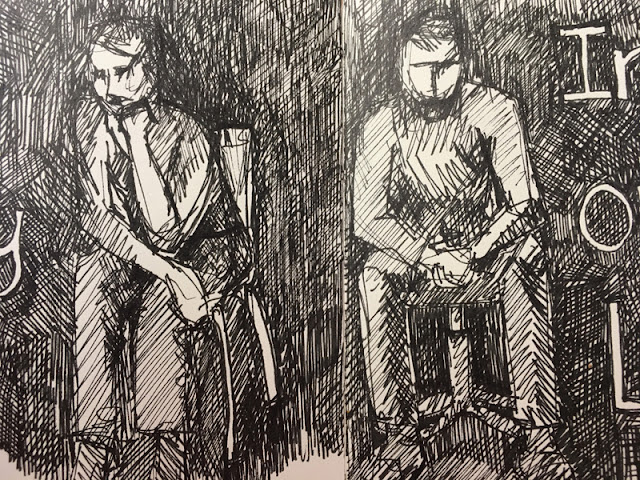