I never blog the bad stuff. I only like to check in here when there is something happy and creative to share. But now I have to make an exception. I've been talking a lot recently about the work that I've been doing for Festival of Quilts. Unfortunately Linda and I have had to withdraw from this years Festival. I was told on May 11th that it was 99% certain I had cancer and a week later it was confirmed. It was a huge shock as I'd been feeling quite well and the doctors suspected nothing more than Crohn's at worst. I'd asked if it could be cancer and they assured my that it would be so rare, so unlikely. But there's always one, and this time it's me.

Feeling well, I could have walked away from all the tests, but fortunately my doctor encouraged me to have just one more investigation. And there it was, a large tumour in my bowel. It's taken time to find it, but now we know it's there the action has been swift. My operation is on June 13th and my surgeon hopes to be able to remove it all, although until they get in there, it will be impossible to know exactly what they are dealing with. Only afterwards once tested will we know the full extent. Ror now my trust is in the team who are looking after me. The NHS nurses, doctors, consultants and surgeons, even the receptionist who took extra time to comfort me on the day I found out, have all been so kind, so supportive.

Linda made an announcement in our DMTV newsletter last Thursday and since then we've received such a huge outpouring of kindness, love and support. It's been quite overwhelming and I can't really put things into words very well at the moment. I just want to thank you all.

From the many messages we've received, it's clear that cancer has touched so many lives and there is much comfort in knowing I am not alone. I thought I was young, fit and well. I thought I was invincible. 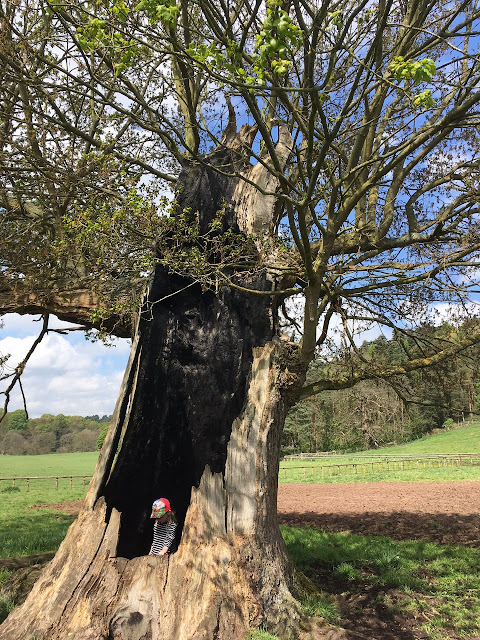 I've shared this photo before of my favourite tree.

This tree is my hero. It's ancient, it must have been struck by lightning, it's been on fire, the insides are gone, hollowed out and blackened. But still it grows, still the leaves come each year, still it's strong.

With thanks and love to you all,
Laura
xx