The Girl with the Eagle

I recognise that I'm venturing into dangerous territory with the next piece. Tigers, wolves, eagles are all the domain of the fleece sweatshirts sold in tacky giftshops. So we'll just forget those connotations before we go any further. 😉 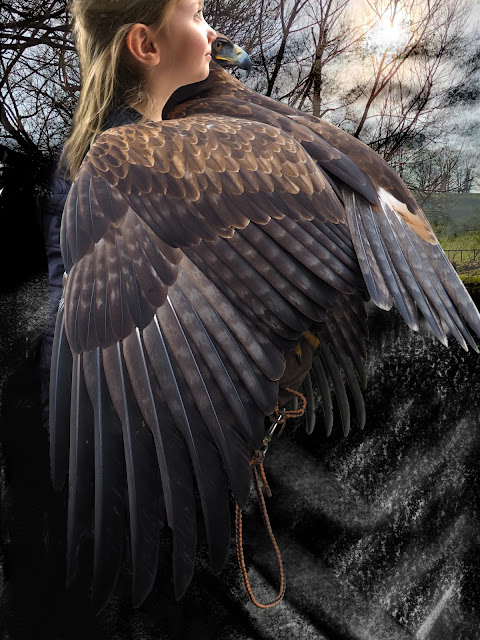 There are many references to humans having some kind of affinity with an animal, whether it's Pullman's dæmons, or Rowling's Patronus or Odin's ravens. It's romantic, it's symbolic, OK, maybe you think it's stupid and naff, but I rather like the idea of having a connection with an animal. I like to think that it demonstrates some deep empathy with the natural world, that the human is not superior, but equal. 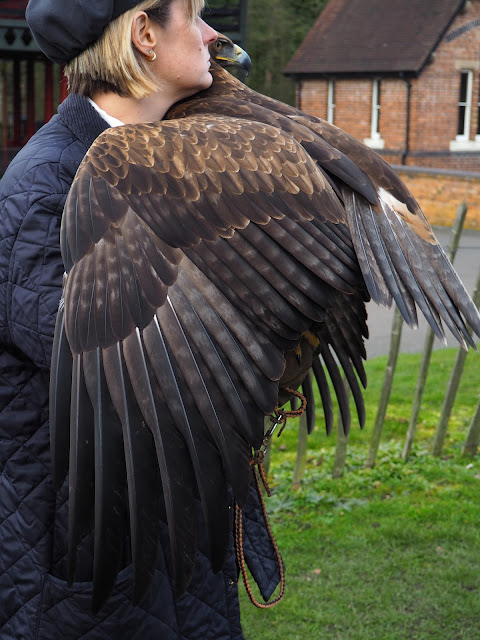 I made this image using Procreate on my iPad. It's a digital collage of four different images, the eagle with his handler, Amelie, a drawing and finally a landscape photo taken in a field where I walk. Isn't the eagle just the most beautiful bird you've ever seen? He was a cross between a Golden and Steppe eagle.

Procreate records a neat little video as you work....

I'm acknowledging a number of influences with this piece, not least this painting, Three Women and Three Wolves, by Eugene Grasset. I've always loved it, though I've never seen it in real life, only in a book. Growing up of course there were art books in the house and one, entitled The Symbolists, was my favourite. This painting is from that book. Love the colour, the trees, the wolves, the title. 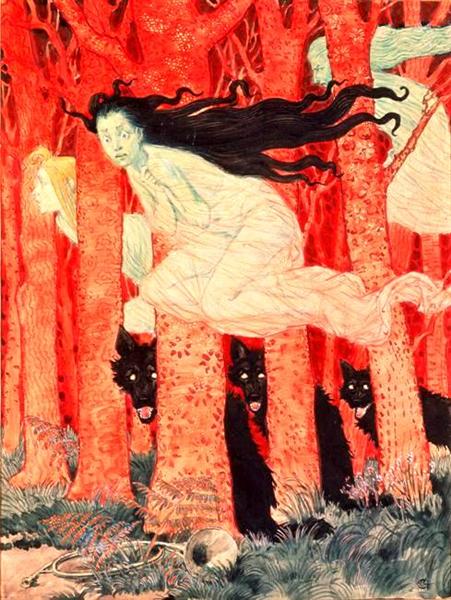 The image has been digitally printed to cotton fabric. Now there's the challenge of what to do with it. 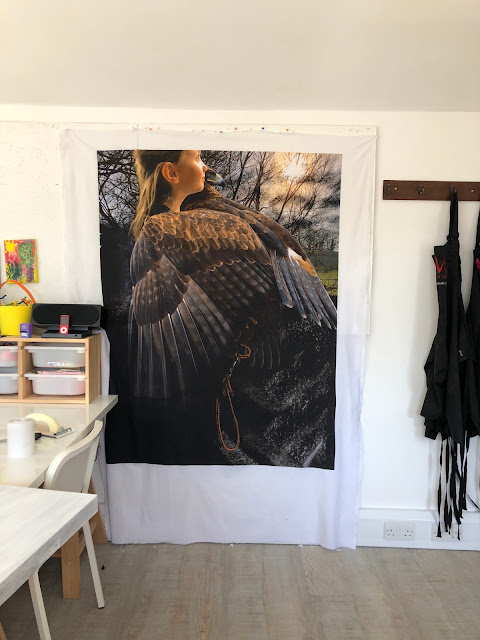 It's going to be exhibited at a quilt show, so I have to quilt it! I'm working on smaller pieces for This is Me, on my GrandQuilter so this one has gone on the longarm. 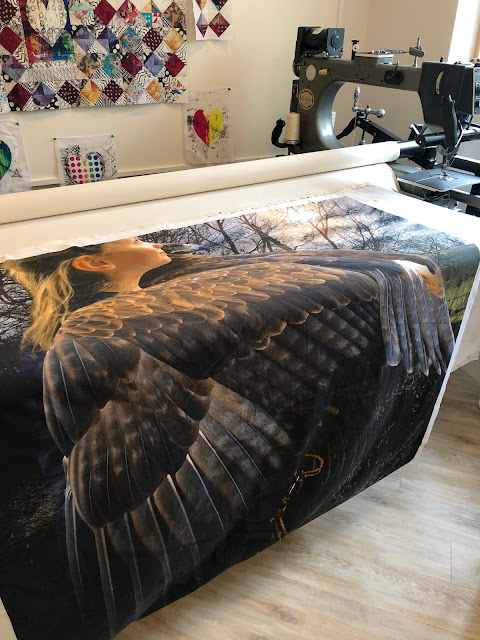 First step is to pick out some suitable threads. I'm using Madeira Cotona and probably some Aerofil and Rayon too. Most important is not the fibre of the thread, but that the colour is right. 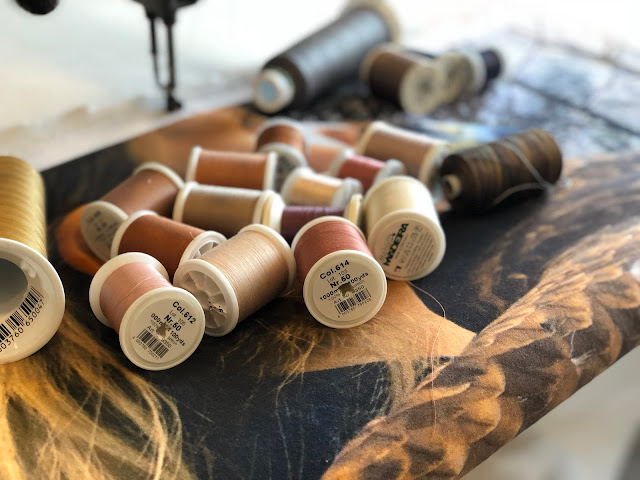 I need to try to match to the fabric especially on the face. Amelie's face is so young that to quilt it and introduce lines can age her which I don't want. The aim is for her to still look young once the quilting is in! I'm contour quilting very closely. Strangely putting more lines into the face minimises their effect. I change colour frequently so it's slow going, but I'll speed up as soon as I can get onto doing the feathers and background.

That's it for today.
Back soon,
Laura
x