So yesterday I finished round 3 of the chemo. Mom asked if I was getting used to it, but I said I don't think I'll ever get used to it, or want to, but I'm definitely used to the routine now and that helps. I know the score at the hospital, know the nurses and they know me (mainly because I'm the one with the slowly growing star quilt on my lap at all times!).

Round 1 you sit there like a ticking time bomb fully expecting something dramatic to happen. By round 3 you realise that you won't get all the side effects on the tick-list, and certainly not all at once. It seems to be different each time. So far, a bit less insomnia courtesy of the steroids, but much worse pins and needles. One of the chemo drugs affects the nerve endings so fingers, toes, lips, tongue and throat become very sensitive to cold. Even a cool breeze, air-con in the car, a drink at anything less than body temp and certainly anything in the fridge is out of bounds for about seven days.

Sympathise with me, it's summer, I'd love an ice-lolly, a cold drink! Hopefully the pins and needles, and accompanying numbness won't last. At odd times I've not been able to move my fingers which is a bit scary. The team are on board with knowing that I need to be able to hold a pencil, paintbrush, needle of course. They are suggesting a reduced dose, but I'm in full attack mode and won't go down that route yet. For now I just have to stay out of the fridge. I'm treating it like an aversion therapy diet.

Diet I need because the steroids have turned me into a ravenous beast. The nurses are OK with this, they worry more about loss of appetite, maybe we're saving that symptom for further down the line. For now, if it's reasonably still, I'm likely to eat it. This coupled with the steroids making my face look like an over-stuffed hamster have put pay to my recently rediscovered cheekbones. Oh well, it'll pass! Vanity at a time like this, good grief.

Please don't think me suffering though. I'm getting off pretty lightly so far and all of this is very manageable. Apparently, according to the poor people I live with, I'm a tad grumpy at times. So I'm making a big effort to keep a lid on it this week. Truth is, I'm not grumpy, I'm quite cross, furious even, that I've got this, and it's not fair, and I don't know why, and maybe it's something I did at some point, so I feel guilty, and I don't want it to be happening, and on and on, and all that is a lot to keep in that box in my head. So when I'm tired, sometimes the lid on the box slips a bit and the grumpy crocodile sneaks out. You know what they say, don't take a stick and poke it. I'm best left alone till I get a grip.

And most of the time, a grip is what I've got. 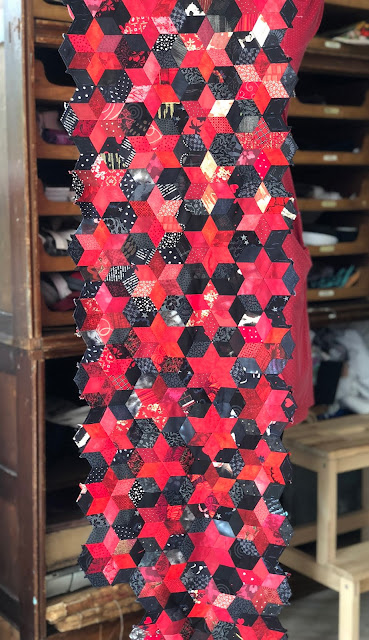 The quilt is coming along nicely. Can we call it a quilt yet? No maybe not. So far I've stitched and joined 64 stars. There's still a way to go, but I sew nearly every day and I love to see it grow. 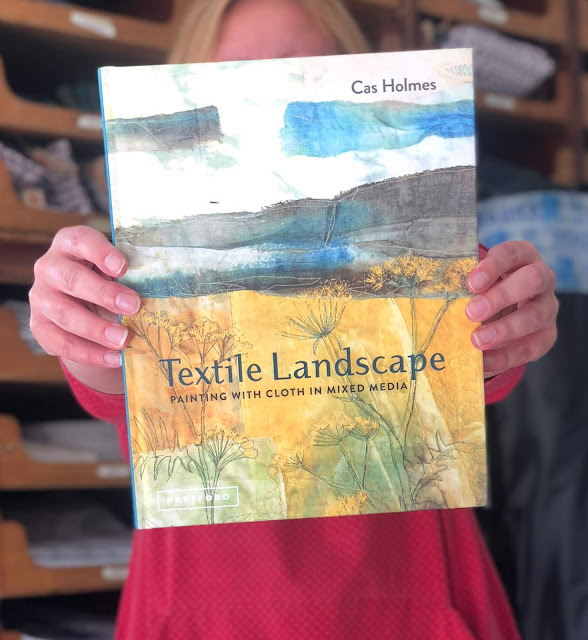 In other news, I received my copy of this book that my quilt 52 Degrees has been featured in. Thanks Cas for choosing to use the quilt, it's nice for it to have another outing of sorts. I'm still tempted to cut this one up, what will I do with such a big piece otherwise? One to ponder on. 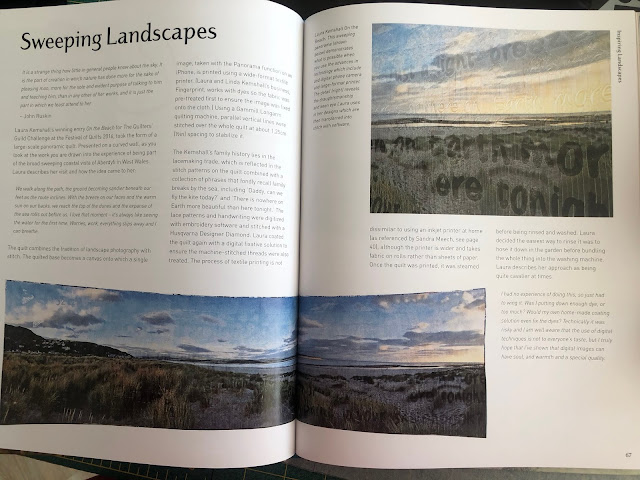 Thanks for dropping by today.

If you should meet a crocodile,


Don't take a stick and poke him;
Ignore the welcome in his smile,
Be careful not to stroke him.
For as he sleeps upon the Nile,
He thinner gets and thinner;
And whene'er you meet a crocodile
He's ready for his dinner.