Just wanted to follow up the last post on the drawing. I'd said that I thought I'd overcooked it a bit. I'd tried to keep the marks quite loose, but the flip side of that is that maybe a drawing can look a bit busy and overworked if there is too much cross hatching. I think I could fix it by going back in and adding more gradual tonal shading and smoothing out some of the cross hatching, but I'm not going to. I'd much rather just learn from it and move on to the next. 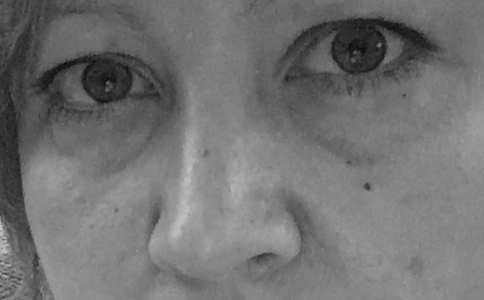 A comment was left on the previous post that maybe the skin ended up looking a bit fake tanned. Trust me, at this time of year I'm as pasty as they come. It's a misconception that if you're pale skinned that there's no tone in the drawing. I've cut a section from the photo that I worked from (above) and a section from the final stage of the drawing (below) and if you compare the two you'll see that I'm actually miles out in terms of the depth of tone that I should have been using to be accurate to the original photo. 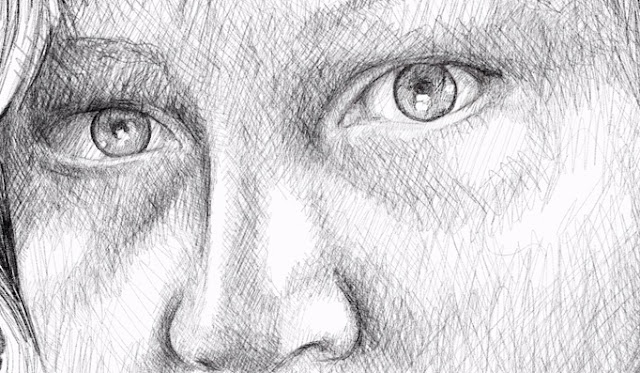 To further test the theory, I've cropped out corresponding areas of the drawing and original photo and placed them side by side. The top one is the strip of highlight from down my nose. It looks light in the photo. In fact, it's the palest area in the whole image. But look at how dark it is when compared to the whiteness of this page! In my drawing I left the page white, when in fact I should have gone much darker. Of course if I'd done that, I would have had to have made the darker tones, even darker to compensate.

Comparing tonal swatches and making a graduation scale is a really useful thing to do don't you think?

It's a complicated and fascinating subject which is why it hold appeal to me and has done to countless artists throughout the history of time. Tone, light, form, volume and of course our perception of these things as we draw. I don't necessarily want a drawing to look like a photo. After all, may as well just stop at the photo if that's the case, but I am trying to push myself to describe the volume and solidity of the head as an object rather than just focussing on the features of the face. I think if I don't use sufficient tone and mark then the eyes, nose and mouth can easily begin to look placed within a mask-like oval. It's just the first one in this latest investigation work, I have a way to go.

Thanks for visiting the blog today.
Catch up again soon,
Laura
x