One of the advantages of having a little one who's convinced it's morning even though it's barely 5am is that the Christmas cake was in the oven by 7.30. 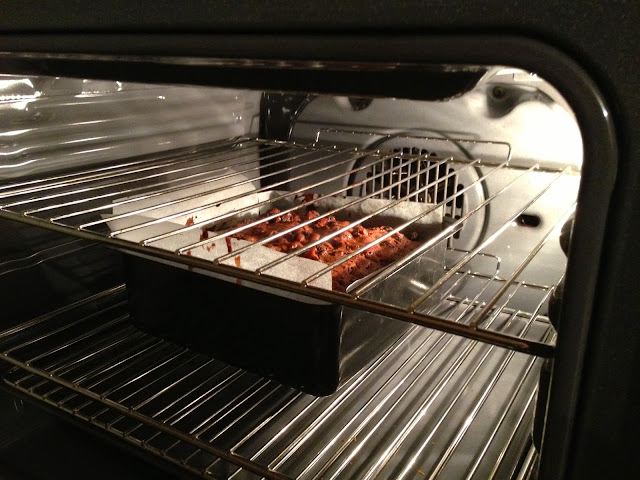 I've used the same recipe as last year and because I am my mother's daughter I have, as usual, altered the recipe. I am sure I did this last year too, but I can't remember exactly what I changed, but I'm sure that with over a 1kg of fruit and a good glug of brandy it'll be fine. The secret ingredient is marmalade which makes it extra delicious. The recipe didn't seem to call for much so I added more! Because we're such greedy guts and I like to have cakes to give away as gifts I've made two, the second one just came out of the oven a few moments ago (three hours baking a time) and I'll cut that up into large cubes and ice them individually.

Meanwhile I've worked on a new quilt. This one is a digital print that I'd painted into with acrylics to tidy up the background. Today I've sized and gilded it. I was worried it'd be in danger of being a bit over the top with too much relentless gold so I've purposely applied it in quite a broken way. Now I've got to decide whether to perfect some areas or leave the dark blue showing through. 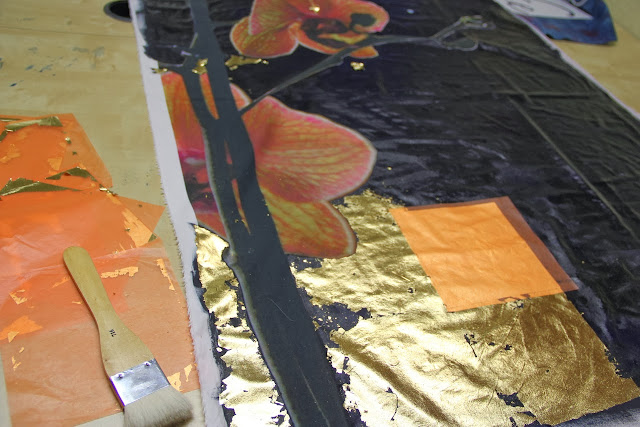 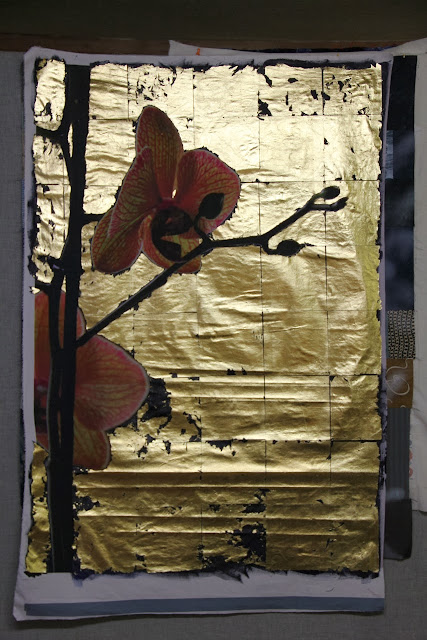 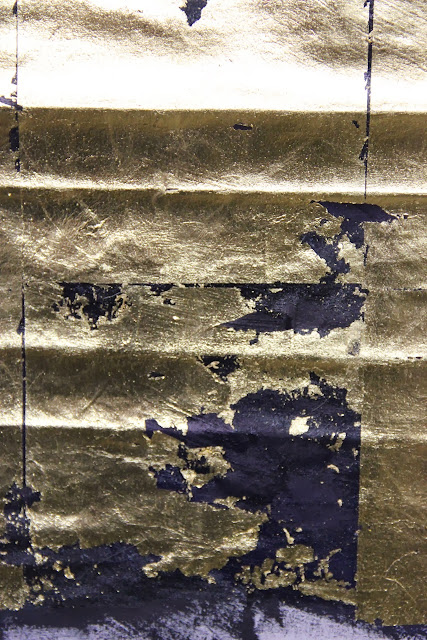 It's so shiny and reflective it's impossible to photograph and I think it's much nicer in real life that in the photos. The horizontal creases won't stay by the way, that just where I leant on it as it hung over the edge of the table as I worked! Underneath all of this there's a base of cotton poplin but the paint and gold makes it fairly stiff so I'll be either machine quilting or embroidering on this one. I just have to finalise my plan for that and sort out some wadding and a suitable backing fabric...