Today we went for a short outing to Bilston Craft Gallery. Bilston was once renowned for its enamels and so they have some on display. 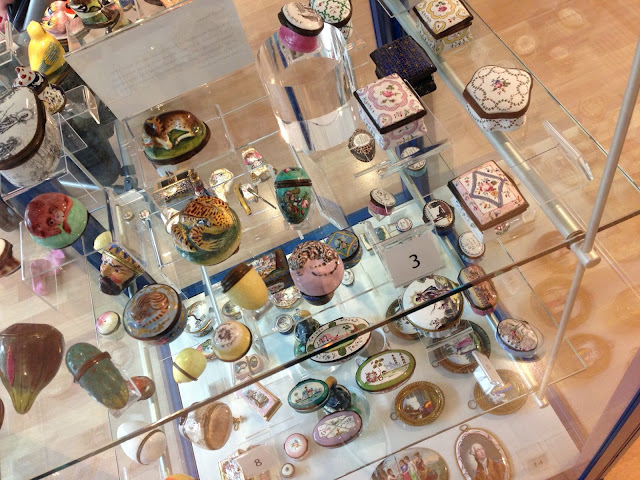 An assortment of snuff boxes and patch boxes like these ones which date from the 1770-1780s: 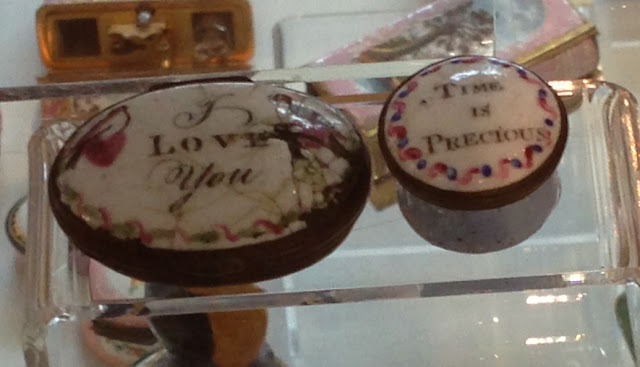 Unlike snuff boxes, patch boxes have a little mirror on the inside of the lid so the owner could see where they were applying the patch. The patches made from black silk or velvet were often used to disguise scars from illnesses such as smallpox. 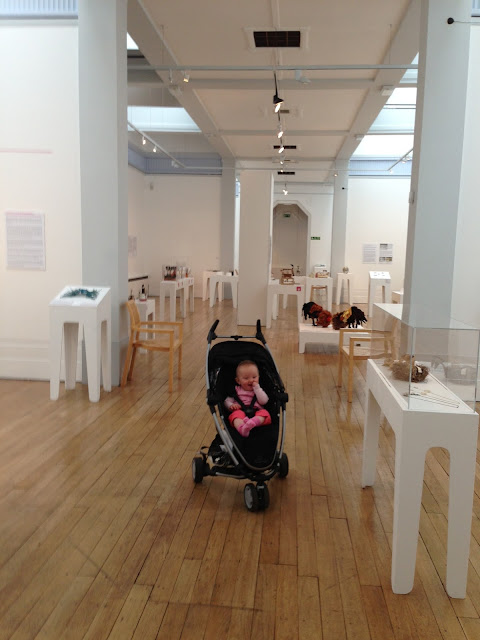 On display in the main gallery was 'Once Upon a Time in the Midlands' a collection of varied pieces inspired by stories, myths and urban legends associated with this part of the country. I thought the work was varied and there were a few things I really liked. These cut and embroidered books by Betty Pepper caught my eye. I have a feeling I've seen her work somewhere before, maybe at RBSA. 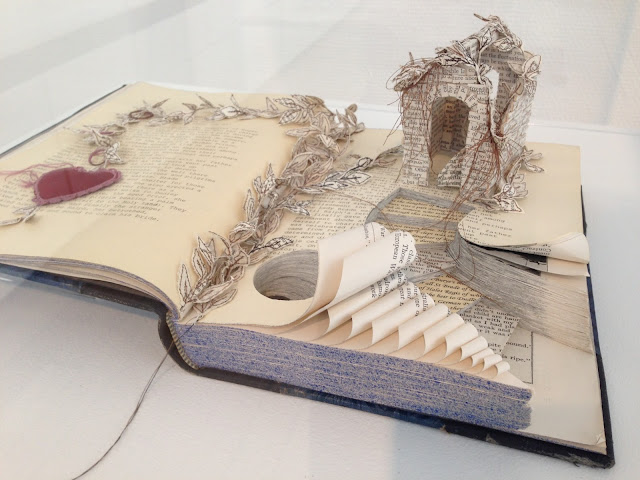 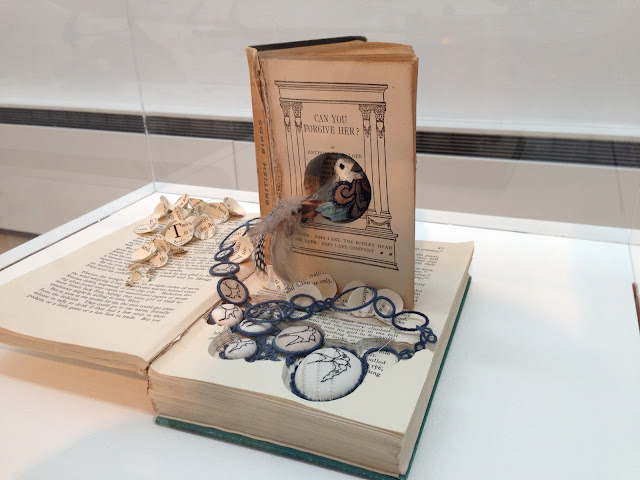 And I thought these figures by Jo Lawrence were fun. They're assembled from repurposed kitchen utensils and the like. I love the faces don't you? 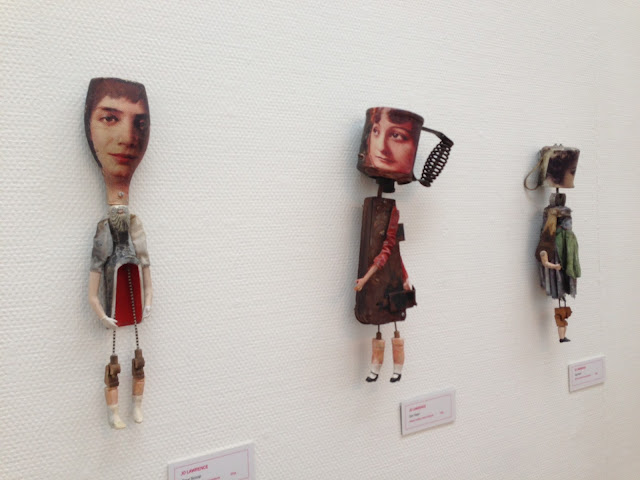 These delicate tin automata by John Grayson were demonstrated to us by the gallery assistant. Aren't they charming? 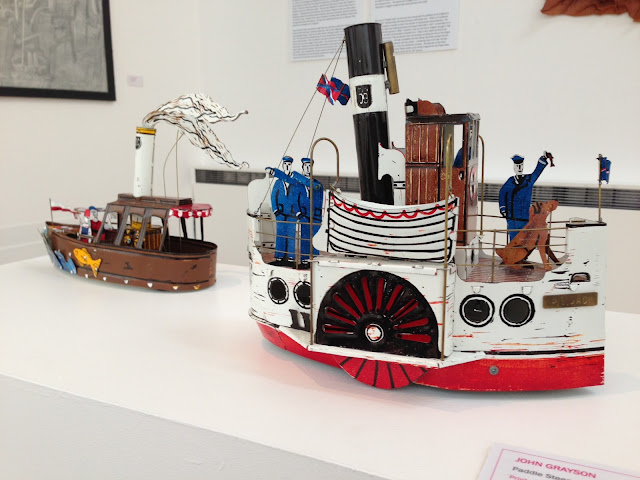 My favourite of all the stories told on the walls of the gallery was that polar bears are rumoured to have escaped from their enclosure built into the rock at Dudley Zoo and ventured into the limestone caves and canal tunnels that riddle that area. Ha! Caving polar bears. I've been on a boat trip into those tunnels and I didn't see no bears!