What's on the wall? 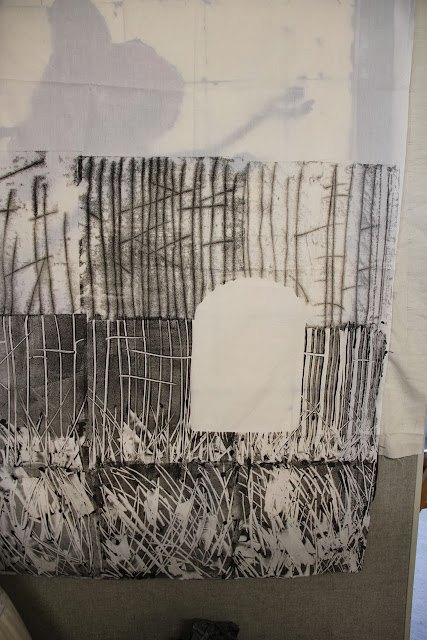 This monoprint has been pinned to the design wall for far too long. I made it on a DMTV show to demonstrate the versatility of monoprint and how it can be used on a larger scale. (Ignore the orchid quilt which you can see showing through the fine cotton!). I had purposely voided the birdcage shape knowing that I wanted to add something later with another technique, but at the time I hadn't quite settled on what that was to be.

With this and other new work in mind I've been drawing. 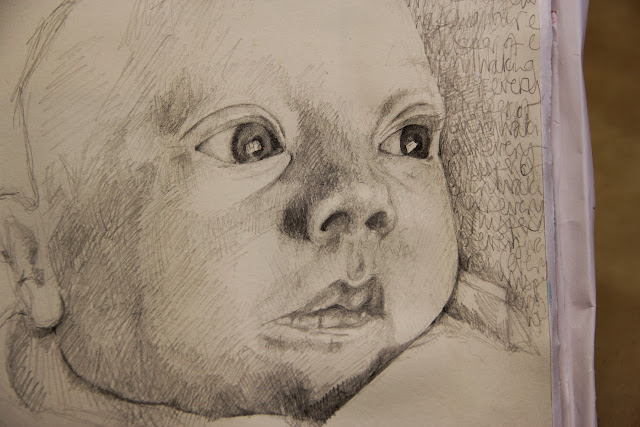 This pencil study is the first time I've drawn Amelie and although I must have spent hours looking at her face it was still quite a challenge. Until you draw someone maybe you don't study them as intently as you think you do, or maybe it's just that a baby's face changes so much and so quickly in the first year. She's very young here, maybe just a couple of weeks.

As a drawing it's not fully resolved, but it helped me get familiar with how to draw her face and to test the size for the quilt. With that in hand, I've begun to draw onto the quilt itself. 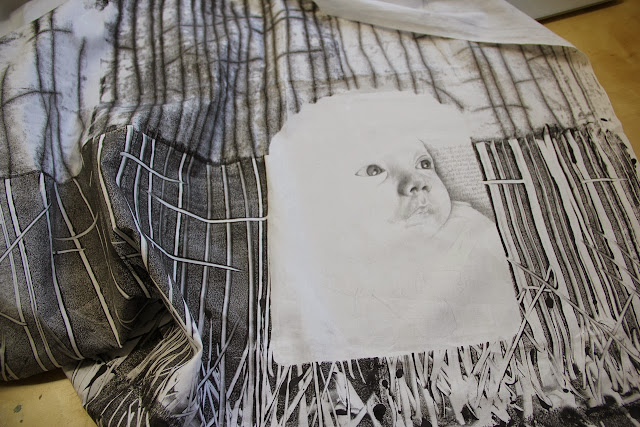 I'm using exactly the same graphite pencil as I used in the sketchbook. A Faber Castell propelling pencil which can be sharpened to a really good point. I might bring in some Inktense for some colour later on. I won't do anything to make this permanent. As far as I'm concerned it's a drawing and just happens to be on fabric rather than on paper. Yes, if it was to be washed or rubbed with a finger it'd be ruined, but I'm not going to do either of those things. 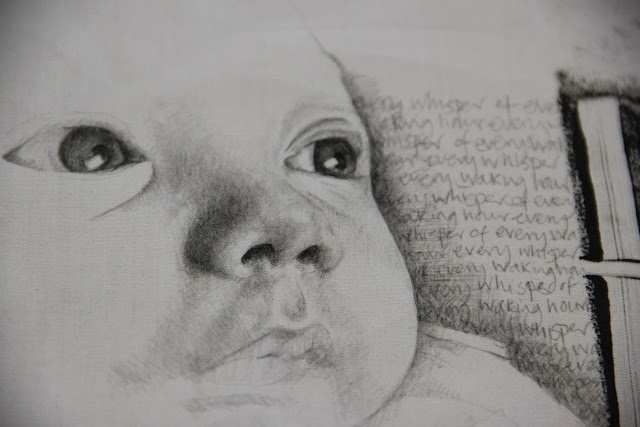 Babies' noses are incredibly difficult. I must have spent an hour on it alone! I drew this while watching the Portrait Artist of the Year on Sky. Have you been following along with that? Last night they were in Dublin and choosing the winner was a tough call I thought. I much preferred the paintings that everyone had made at home rather than the ones they did on the day, but I guess that's the challenge of working in a strange environment with limited time. It all looked very exciting though and I'd love to have a go. Really made me want to paint!