So I worked in my sketchbook on this spread yesterday. It was supposed to be prep for a forthcoming DMTV video about making art journaling backgrounds and using up bits and bobs in collage.

So I scraped on some acrylic colour and let that dry. The poppy monoprint was still hanging around on my desk since last week's workshop so that got cut out and collaged down.

Then I looked in my drawer of bits and bobs and grabbed literally the first piece on the pile which was that black and white photocopy. It had cut-out sections because I'd previously used it as a stencil.

I chopped a bit that fitted the page and glued it down.

Then I wrote some words using acrylic line painters, just automatic writing of a phrase I've used variations of over and over before in my books...

"You are always in my heart and on my mind".

I think I've stolen it from Neil Young. 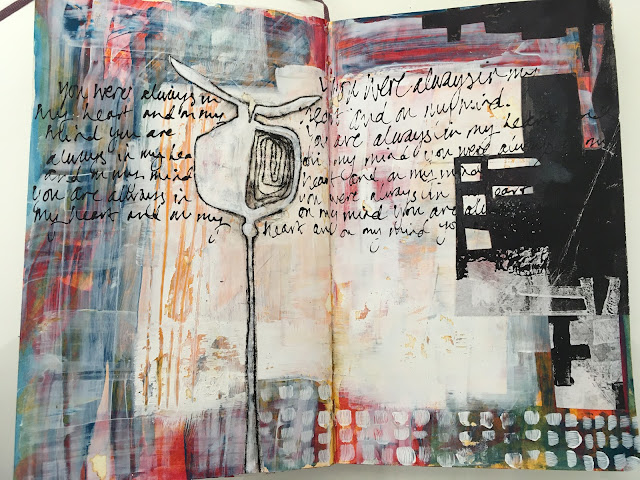 And then I open the book today to look at it and do some more and all I can see is that that collaged paper on the right hand side looks like the burned out Grenfell tower block. And that poppy, which is sometimes death, and always remembering, is there, and those words, which I hadn't meant to mean anything. 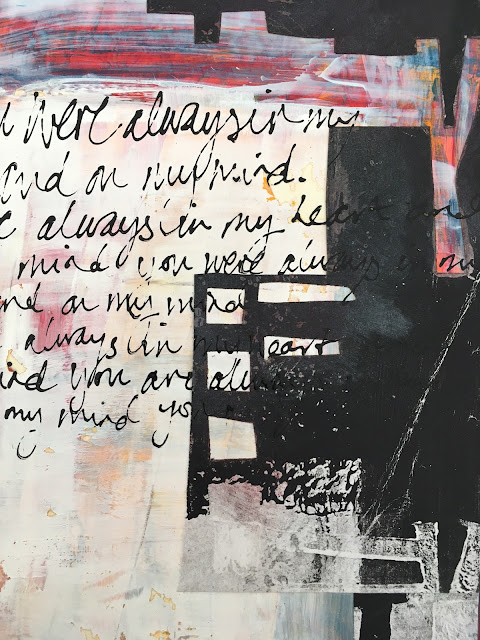 I live in such a bubble, in this little village where the only thing happens is that a lorry gets stuck in the narrow street. But the bubble has still burst. It's impossible to ignore this inescapable sadness. And while not directly affected there is still such sorrow and anger that our councils and governments are letting people down so unapologetically. For those people lost and their families I can't imagine there will ever be solace or peace again. This summer and beyond will be lived with a heavy heart.