I'm not sure why having a baby gives us license to head off willy-nilly for days out, but it does! Amelie likes nothing better than being loaded into the carrier and wandering around places grinning a big toothy grin at everyone who passes by. This weekend we piled into the truck and went to Ludlow. It's a  beautiful town, I just read that the New York Times says it's the loveliest in England, or words to that effect. It's not spoiled by the numerous tourists either and still seems pretty real. I did the tourist bit though and photographed The Feathers for you. When I've shown old buildings on the blog so far they've attracted comments so I thought this one might appeal. For the historians out there it was built in 1619 and takes it's name from the ostrich feather detail in the timbering on the facade. It's a hotel and restaurant, but we didn't stop there for lunch, we wandered on. 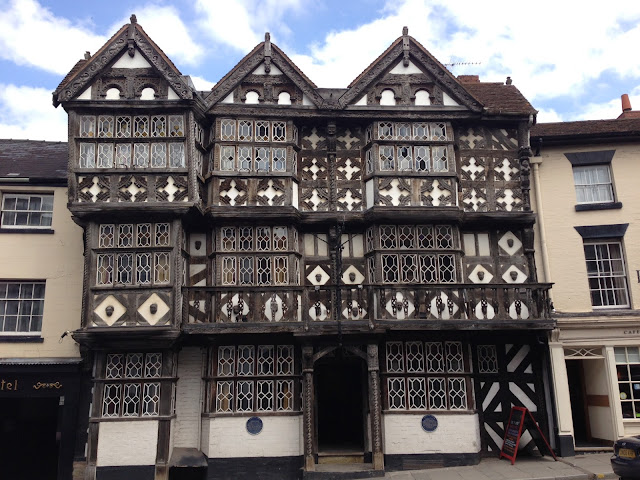 Ludlow might become a dangerous place for Linda to visit as one of her favourite clothes labels now has a shop there. 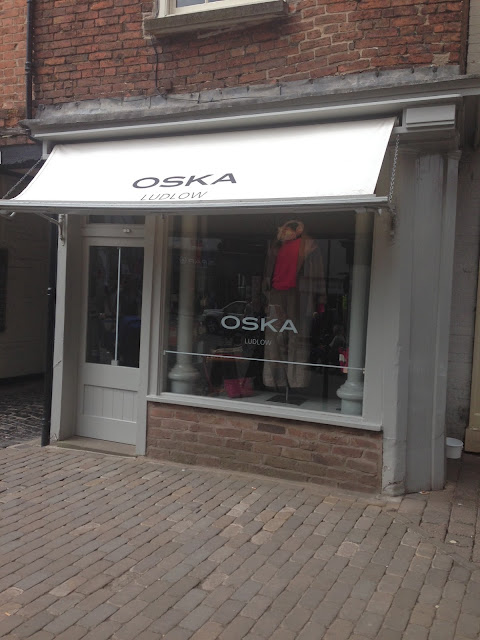 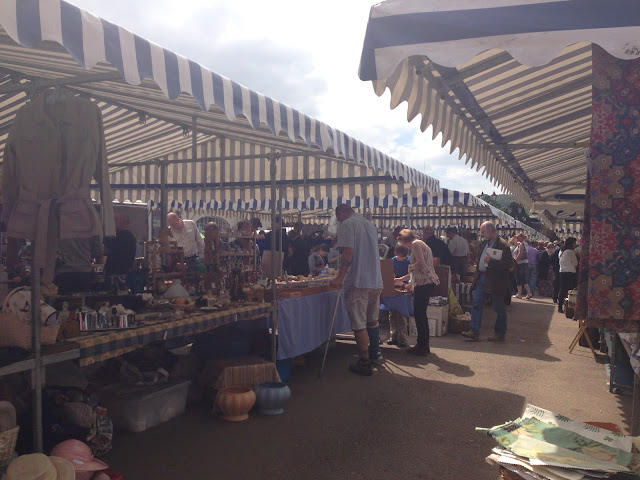 There's a market of one sort or another most days in the square. This Sunday we got lucky and it was one of the regular antique and flea market days. I purchased these metal letter stencils. They're not a full set but hopefully together with the part set I already have I might now have all the letters. What are the chances?! 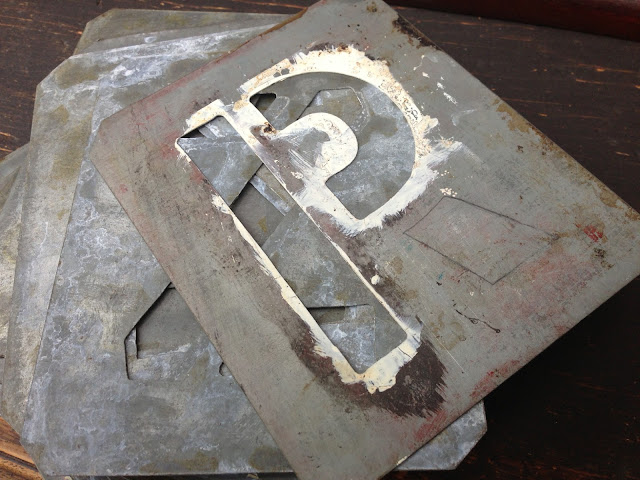 We found our way home via a different route, dodging sheep over the Clee. I just realise that makes it sound as though we just drove over the hill - there is a road! I thought the view would be pretty good from the top, but it was hazy by the time we got up there. Still, a good end to our day's adventure.