I work from one deadline to the next and for the last few weeks it's always been a case of 'I'll focus on that after Festival is over'. Well Festival of Quilts has come and gone so now I can turn my attention to all the exciting plans for this autumn. There's a list of jobs longer than my arm, but it includes some really interesting projects. I have to get to grips with finishing off a few things. My part stitched (I almost typed 'half-stitched' but that would be a fib) boro quilt needs to get done. It's the sort of thing I ought to be doing while I keep an eye on Amelie playing but it's too big and unwieldy to cart around. The tacking which was hurried to start with, isn't holding up to the quilt being hauled around either so I've decided that positive action is needed and I've cut it up. 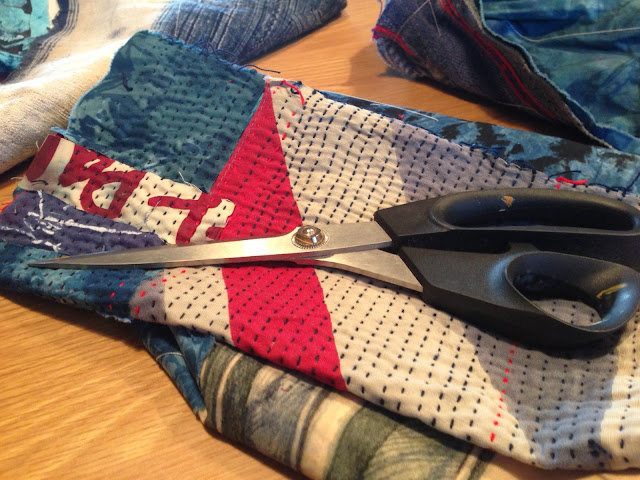 I've chopped it into manageable chunks that I can pop in my bag and stitch whenever I get five minutes. When they're all done I'll rejoin the chunks with more hand stitching. So I hope that'll be a solution to that lingering project.

I quite like the smaller chunks. They work as compositions all of their own. The photo below is the wrong way up, please tilt your head to the right! 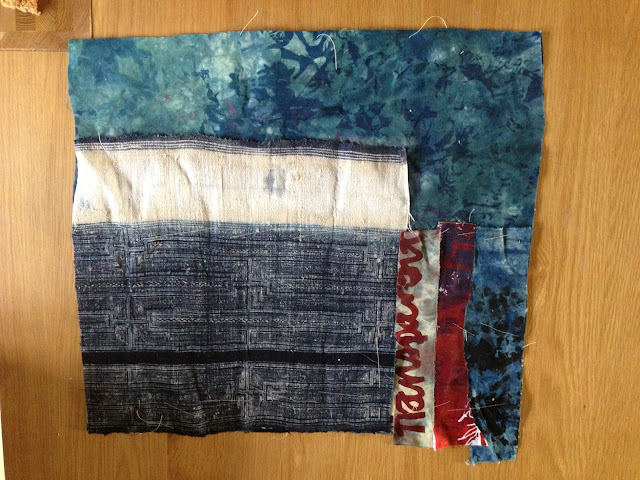 The theory's working, I already did 100% more stitching on it today than I've done for weeks. 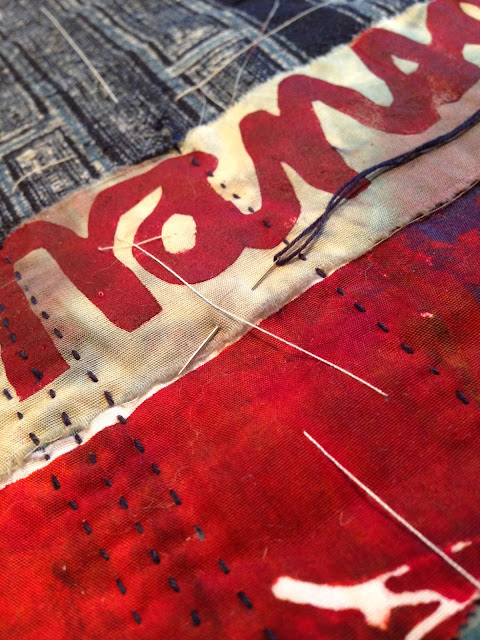 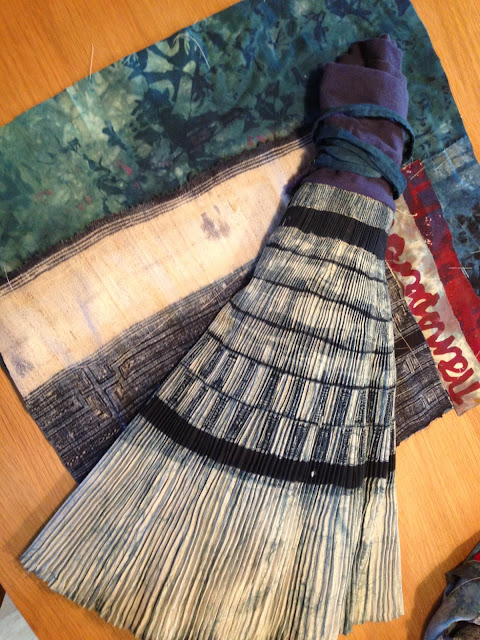 Money apparently seems to burn a hole in my pocket and I do like to keep the economy going so I made a purchase at Festival. When I saw this pleated skirt I just had to have it! It's one from John Gillow's jumble. I've already got two, but they'd been washed and were flat and I've cut them up and sewn them into the boro. This one's not been washed so it's a little fragrant. I'll have to hang it outside to air for a few days as I don't want to wash it and lose the lovely pleats. Not sure what I'll do with it yet, probably just look at it! 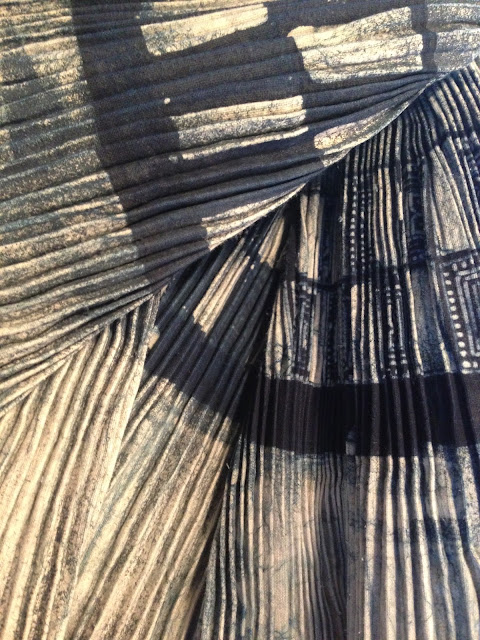 Next on my calendar is the Fingerprint Sunday School workshop on the 1st September. It's called TXT Message and we'll be looking at a range of ways to use text in textile surface decoration. Unfortunately I do have one lady who might not be able to make it so if you're interested in coming I can probably fit you in. All the details can be found by clicking on the Workshop tab at the top of the page. If you'd like to come just drop me an email and I'll get you booked in.

We'll be using a range of fun techniques to decorate fabric including stencilling, printing and frottage. Just like the first class, students will receive half a metre of custom digitally printed fabric included in the course fee. Linda will be making lunch again, which I have to say, was a big hit last time. Thanks Mom!

Following the success of Through Our Hands at FOQ and previously at Leamington Spa Art Gallery we're making plans for where to take the project next. During Festival we were frequently asked if there was a catalogue to buy. Not yet, but it's on the list! Mom and I have also been mulling over ideas for new books for a while now and the autumn should be a good time to make some progress on that. We won't be rushing anything though, we want to take our time to make sure if we do something that it's just right. 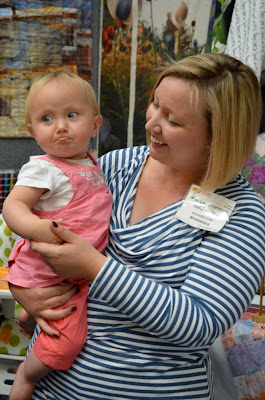 It's hard to believe that Amelie's almost one already. I had to share this photo with you. Linda Seward sent it to me - she'd photographed us at Festival. Amelie had been on such great form, grinning at anyone who cared to glance at her, but on this occasion we got the lip! I know I'm biased, but could she be any cuter?